An international consortium brings together 7,200 segments of the human genome that are virtually unexplored and presents a roadmap for integrating them into genome databases in “Nature Biotechnology”. They could hold information about what sets humans apart from other animals.

When researchers working on the Human Genome Project completely mapped the genetic blueprint of humans in 2001, they were surprised to find only around 20,000 genes that produce proteins. Could it be that humans have only about twice as many genes as a common fly? Scientists had expected considerably more.

Now, researchers from 20 institutions worldwide bring together more than 7,200 unrecognized gene segments that potentially code for new proteins. For the first time, the study makes use of a new technology to find possible proteins in humans – looking in detail at the protein-producing machinery in cells. The new study suggests the gene discovery efforts of the Human Genome Project were just the beginning, and the research consortium aims to encourage the scientific community to integrate the data into the major human genome databases.

The study recently published story in “Nature Biotechnology”, was co-led by Dr. Jorge Ruiz Orera from Max Delbrück Center for Molecular Medicine in the Helmholtz Association (MDC) in Germany, Dr. Sebastiaan van Heesch from the Princess Máxima Center for pediatric oncology in the Netherlands, Dr. Jonathan Mudge from the European Molecular Biology Laboratory – European Bioinformatics Institute (EMBL-EBI) in the United Kingdom, and Dr. John Prensner from the Broad Institute of MIT and Harvard in the United States.

In the past few years, thousands of frequently very small open reading frames (ORFs) have been discovered in the human genome. These are spans of DNA sequence that may contain instructions for building proteins. Several authors of the current study have previously found ORFs and described them in scientific journals: Van Heesch, together with MDC-Professors Norbert Hübner and Uwe Ohler described new mini-proteins in the human heart and reported on them in “Cell” in 2019; Prensner also published on ORFs in “Nature Biotechnology” in 2021. Yet none of these previously virtually unexplored segments were included afterwards in reference databases. Other sequences were reported in journals such as “Science” or “Nature Chemical Biology”, but remained largely out of reach for most members of the scientific community – despite evidence that they produce RNA molecules that subsequently bind to ribosomes, the cell’s protein factories.

Traditionally, protein-coding regions in genes have been identified by comparing DNA sequences from multiple species: the most important coding regions have been preserved during animal evolution. But this method has a drawback: coding regions that are relatively young, i.e., that arose during the evolution of primates, fall through the cracks and are therefore missing from the databases.

So now the task is to integrate the largely ignored ORFs into the largest reference databases, because researchers have so far had to specifically search for them in the literature if they wanted to study them.

As a first step, the international research team collected information on sequences that had been discovered using ribosome profiling – a technique that determines which part of the messenger RNA (mRNA) the ribosome interacts with. They then assembled the data into a standardized catalogue. This was no small feat, as data obtained in a wide variety of ways from different laboratories cannot simply be combined.

Once this was accomplished, the international consortium labored over central questions that define our very notion of the human genome: What is a gene? What is a protein? Do we need flexible notions of whether ribosomes always produce a protein or rather some other cellular output?

The group now calls for the human genome databases used by scientists worldwide to be revised. Ensembl-GENCODE are configuring this ORF catalog as a component of their reference annotation database. The approach will be supported by many others like UniProt, HGNC, PeptideAtlas and HUPO.

Dr. Sebastiaan van Heesch, group leader at the Princess Máxima Center for pediatric oncology, says: “Our research marks a huge step forward in understanding the genetic make-up and complete number of proteins in humans. It’s tremendously exciting to enable the research community with our new catalog. It’s too soon to say whether all of the unexplored sections of DNA truly represent proteins, but we can clearly see that something unexplored is happening across the human genome and that the world should be paying attention.”

“For too long, the scientific community has been mostly left in the dark about these ORFs,” says Jonathan Mudge of the EMBL-EBI. “We’re very proud that our work will be able to let researchers across the world start to study them. This is the point at which they enter the mainstream of genomic and medical science – an effort which we expect to have wide-ranging ripple effects.”

“It is especially remarkable that most of these 7,200 ORFs are exclusive to primates and might represent evolutionary innovations unique to our species,” reports Jorge Ruiz-Orera, an evolutionary biologist working in Hübner’s lab at the MDC. “This shows how these elements can provide important hints of what makes us humans.”

So, what’s next? John Prensner, Broad Institute of MIT and Harvard, says: “These ORFs almost certainly will be contributing factors to many human traits and diseases, both rare diseases and common ones such as cancer. The challenge is now to figure out which ones have which roles in which diseases.”

About the Princess Máxima Center for pediatric oncology
When a child is seriously ill from cancer, only one thing matters: a cure. That is why in the Princess Máxima Center for pediatric oncology, we work together with passion, pushing the boundaries to improve survival and quality of life for children with cancer. Now, and in the long term. Because children have their entire lives ahead of them.The Princess Máxima Center for pediatric oncology is no ordinary hospital but a research hospital, the biggest childhood cancer center in Europe. Here, more than 400 scientists and 900 healthcare professionals work closely with Dutch and international hospitals to find new treatments and new perspectives for a cure. In this way, we offer children today the very best care, and take important steps toward improving survival for the children who are not yet cured.

About EMBL-EBI
The European Bioinformatics Institute (EMBL-EBI) is a global leader in the storage, analysis and dissemination of large biological datasets. We help scientists realise the potential of big data by enhancing their ability to exploit complex information to make discoveries that benefit humankind. We are at the forefront of computational biology research, with work spanning sequence analysis methods, multi-dimensional statistical analysis and data-driven biological discovery, from plant biology to mammalian development and disease. We are part of EMBL and are located on the Wellcome Genome Campus, one of the world’s largest concentrations of scientific and technical expertise in genomics.

The lipid kinase PI3KC2α is a potential pharmacological target for the treatment of thrombosis and, possibly, cancer. Researchers from the Leibniz-Forschungsinstitut für Molekulare Pharmakologie (FMP)...

They seal epithelial cells and, under certain conditions, allow the passage of ions and water: Tight junctions form a paracellular barrier in tissues and their dysfunction is associated with diseases ...

MyoPax, a new spin-off of the Max Delbrück Center and Charité, receives a 1.3 million euros loan to jump-start its entrepreneurial activities. The start-up develops regenerative therapies for previous... 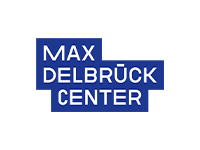 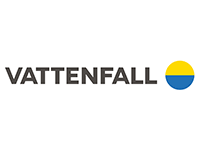